Our hands against us!

In OUR HANDS AGAINST US! the audience finds a large book entailing detailed instructions that invite them to assemble, act out and perform the entire piece by and for themselves. Embodying the prologue for instance, someone addresses a speech to the rest of the audience, Fatzer‘s battlefield is built and allegoric images and figures are displayed. This way the audience tells fragments of the story of Fatzer, a play by the German author Bertolt Brecht, about a soldier fighting in the trenches of the First World War. By means of a sketch he drew of his position in this war, Fatzer realizes who his actual enemies are - a realization which consequentially enables his decision to desert from the war. Through the sketch of Fatzer‘s position and situation, which is laid out with everyday objects throughout the theater space, the piece simultaneously negotiates the position the audience is in and deals with the question of how theater constitutes community - and what kind. The classical dispositiv of theater that differentiates spectators from actors is not dissolved but - following a quote by Marx on his idea of postcapitalist society - each participant can choose freely which activity to engage in, may it be watching, acting, instructing or criticizing, without ever being a spectator, an instructor or a critic. Like this OUR HANDS AGAINST US! is searching for a theater within a society in which working structures are increasingly dissolved and raises the question of the position of the individual in this kind of theater and society.

"For as soon as the distribution of labour comes into being, each man has a particular, exclusive sphere of activity, which is forced upon him and from which he cannot escape. He is a hunter, a fisherman, a herdsman, or a critical critic, and must remain so if he does not want to lose his means of livelihood; while in communist society, where nobody has one exclusive sphere of activity but each can become accomplished in any branch he wishes, society regulates the general production and thus makes it possible for me to do one thing today and another tomorrow, to hunt in the morning, fish in the afternoon, rear cattle in the evening, criticise after dinner, just as I have a mind, without ever becoming hunter, fisherman, herdsman or critic."
Karl Marx, German Ideology

The learning play-happening searches for a theatre in times of fluent borders between work and leisure time, consumption and production. A performance with the audience, by the audience, without audience.

A ScriptedReality production in cooperation with Ringlokschuppen Ruhr, supported by Kunststiftung NRW. 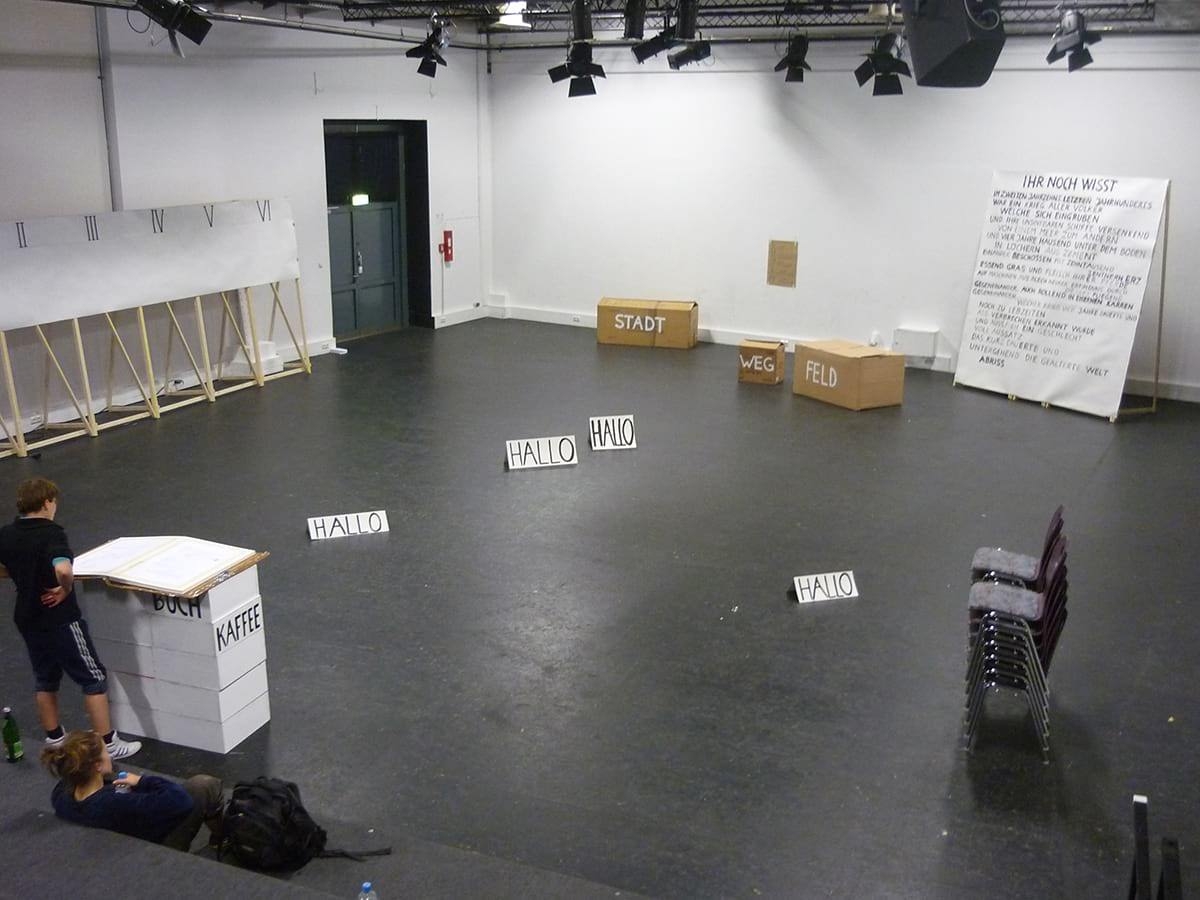 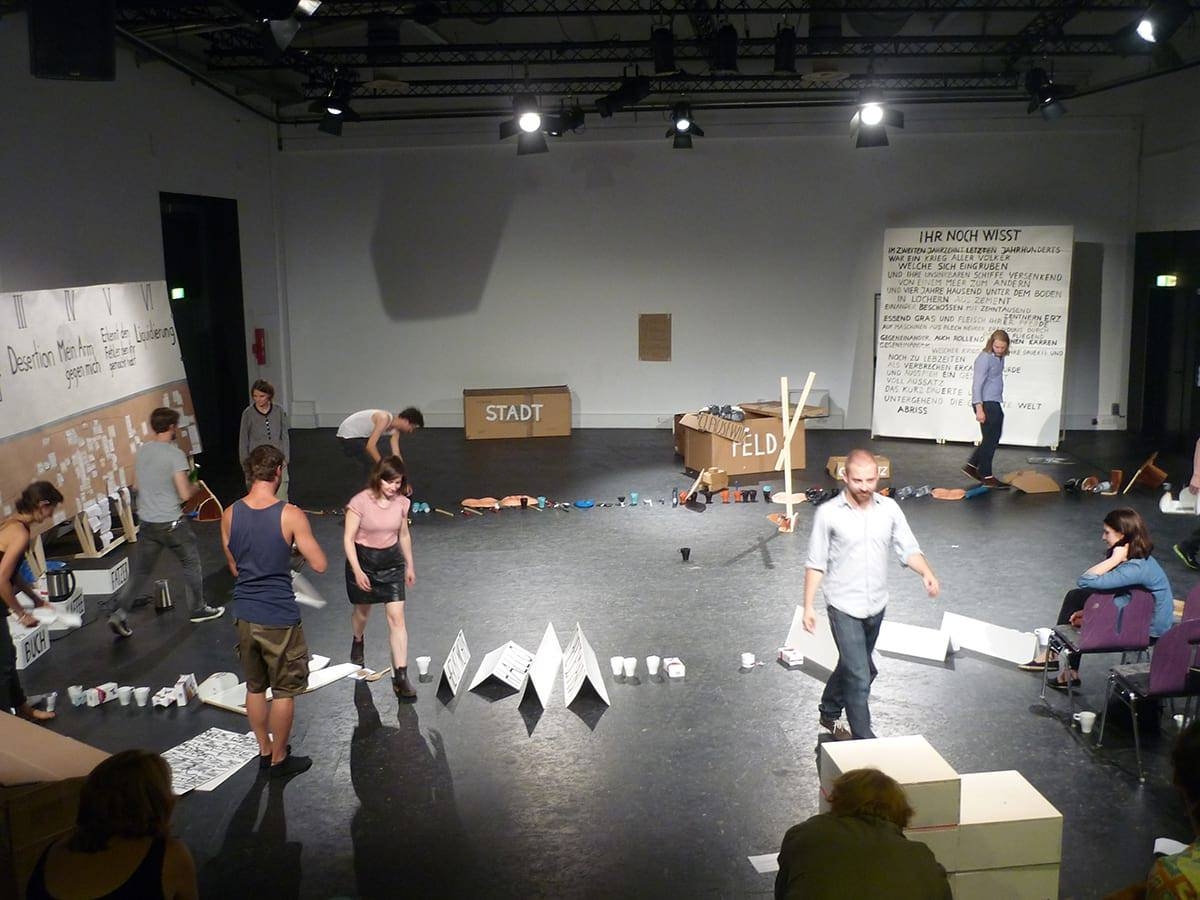 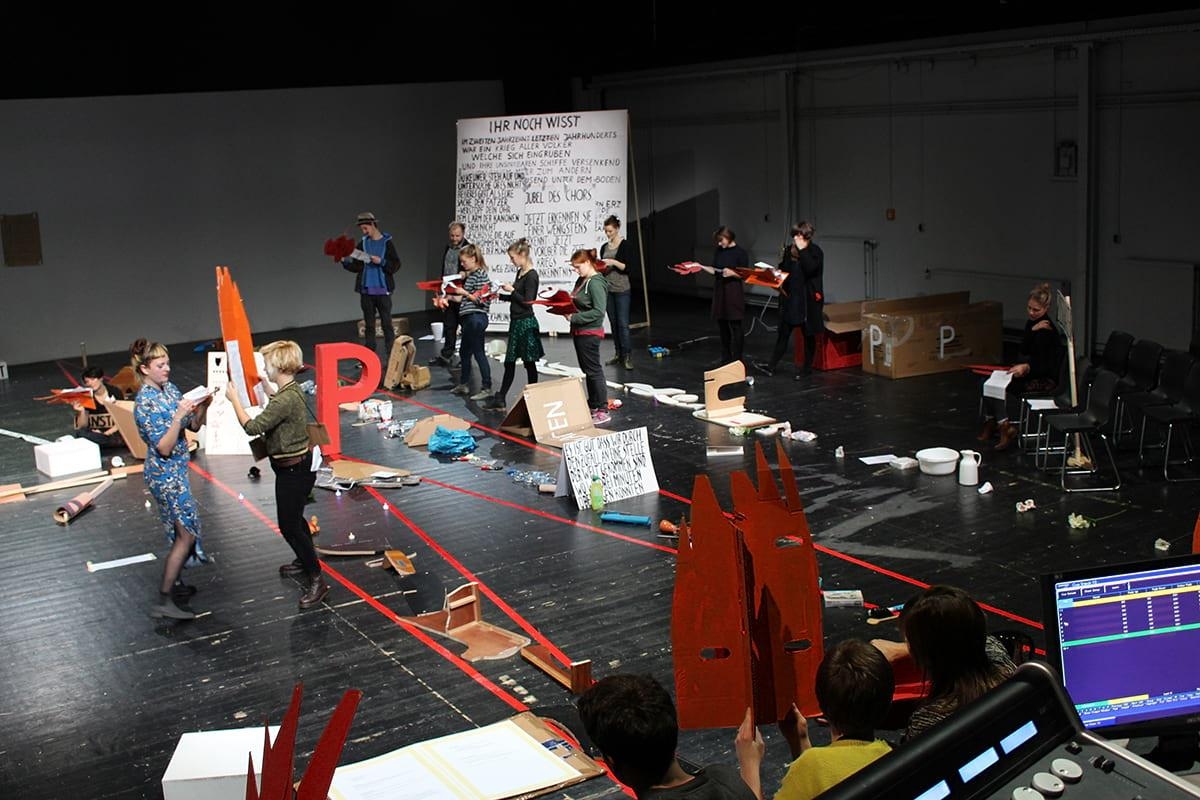 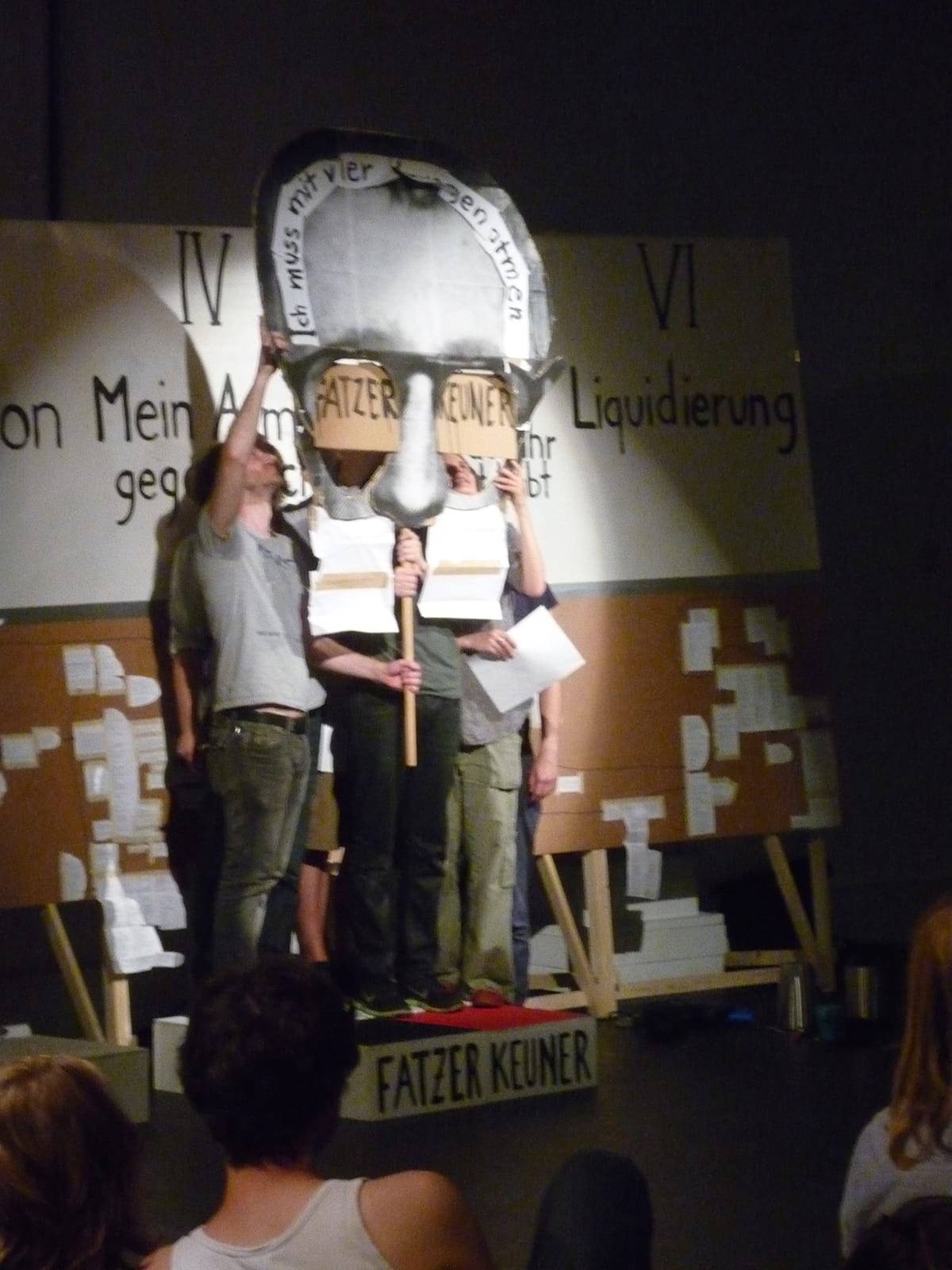 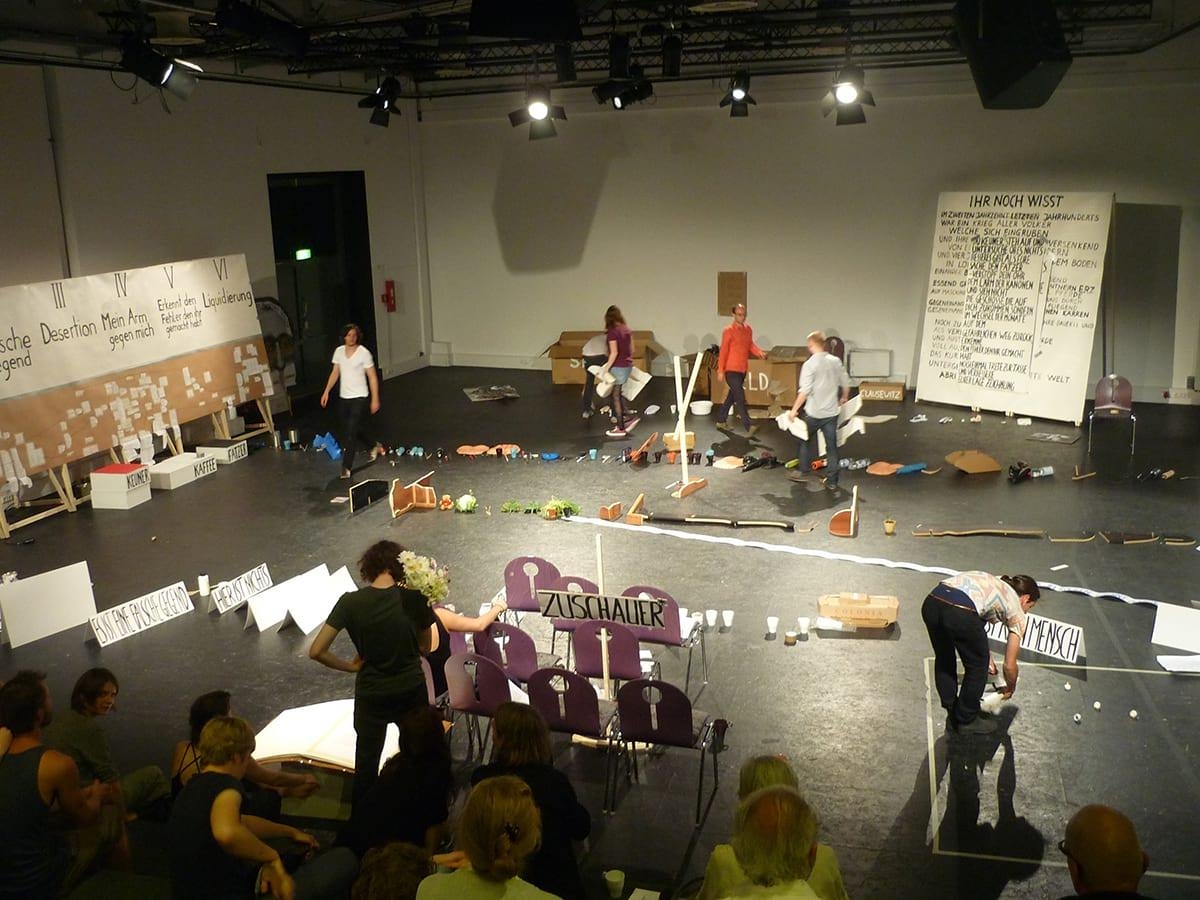 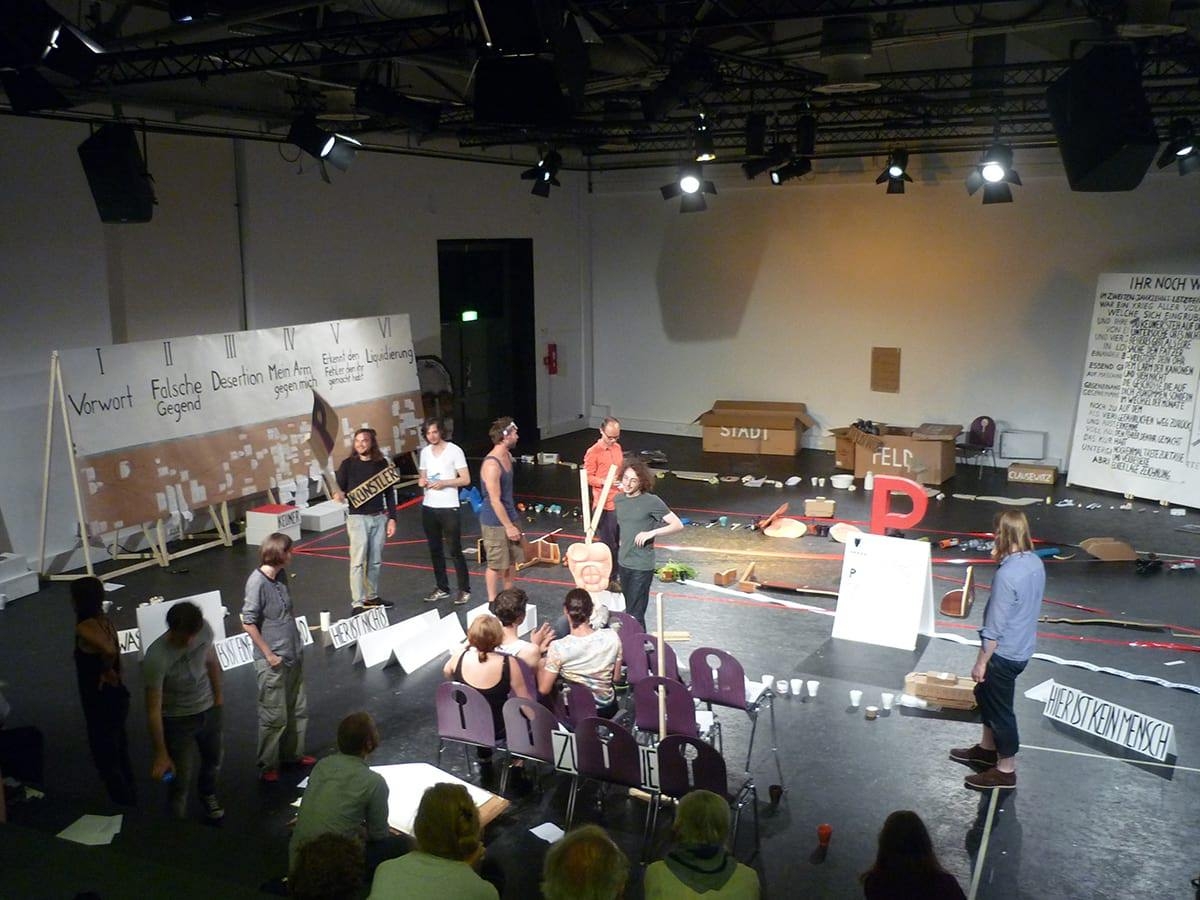 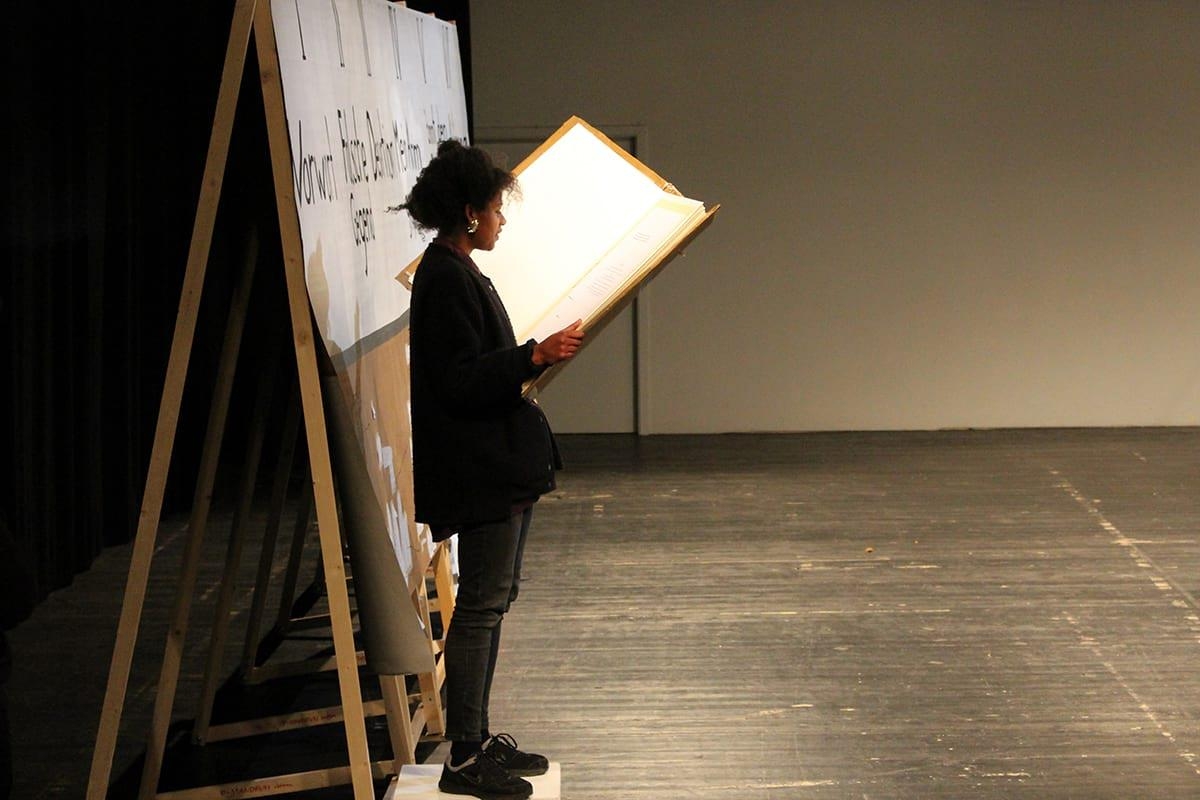 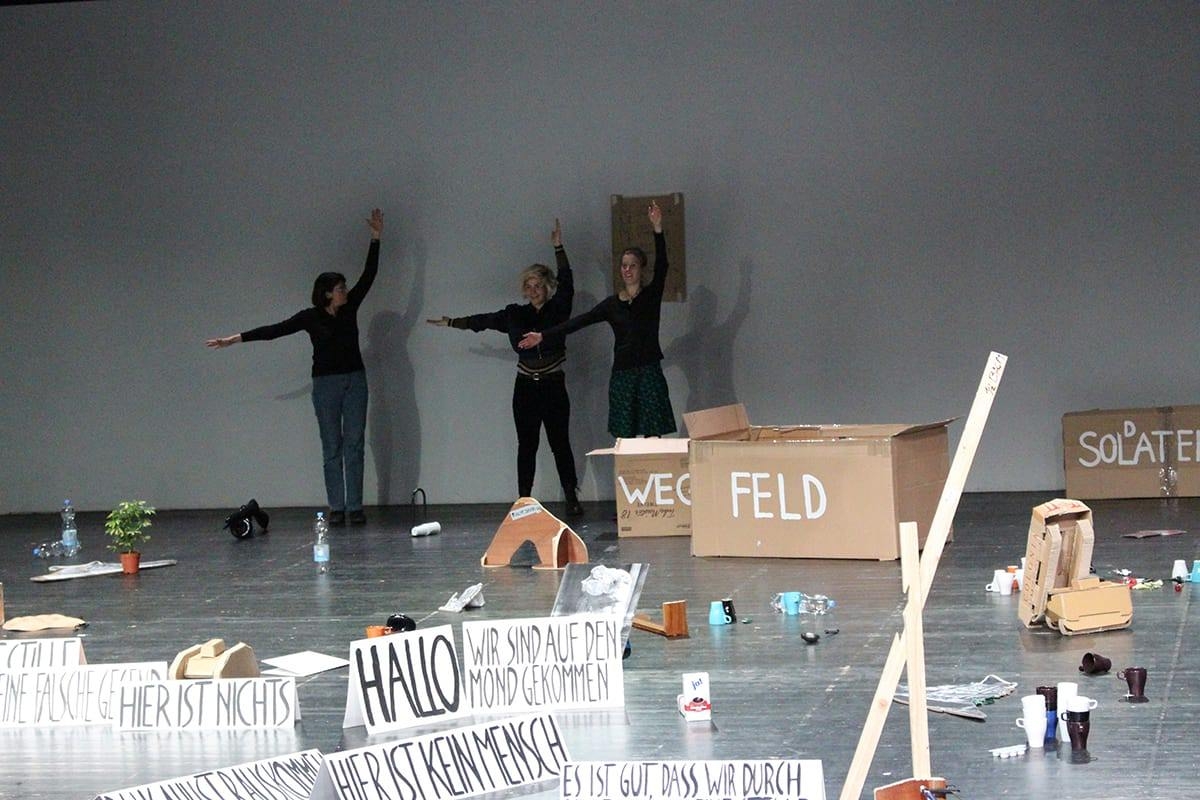 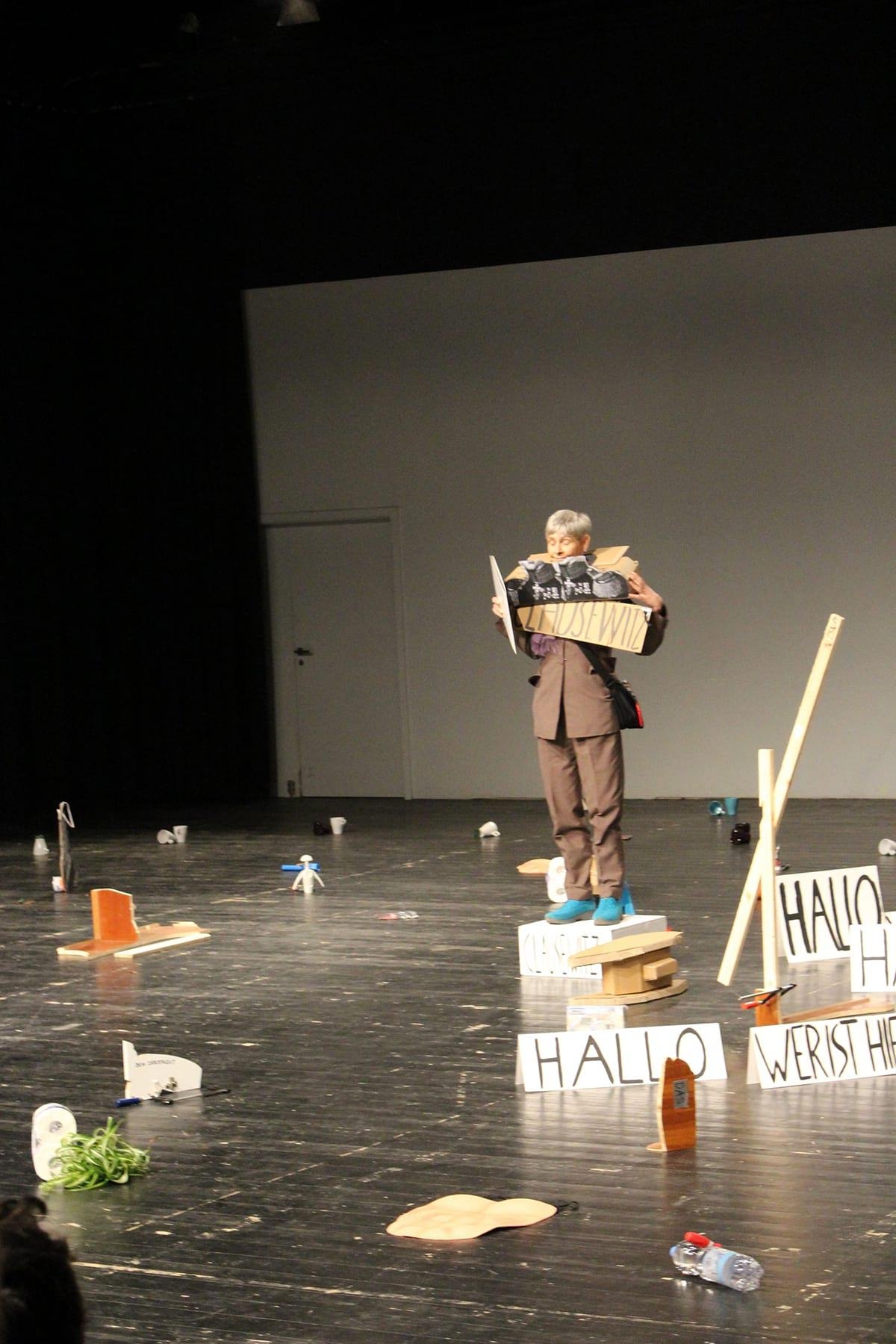 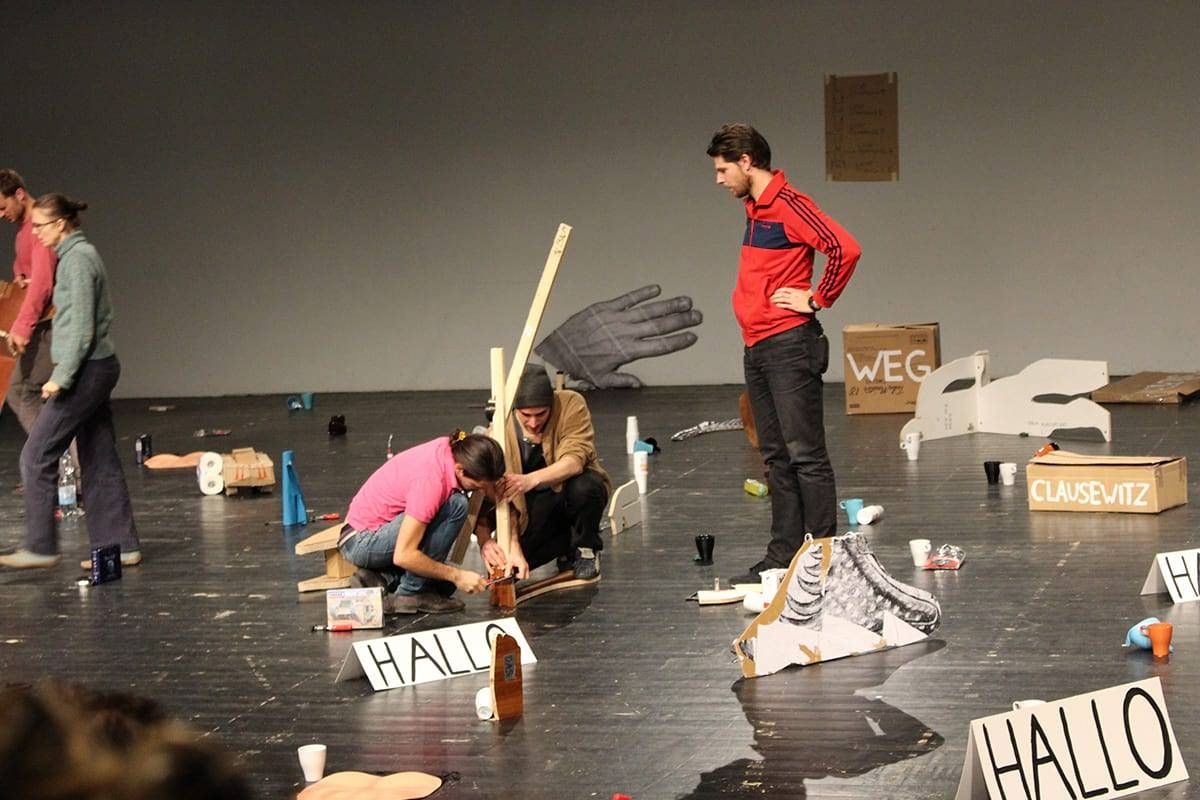 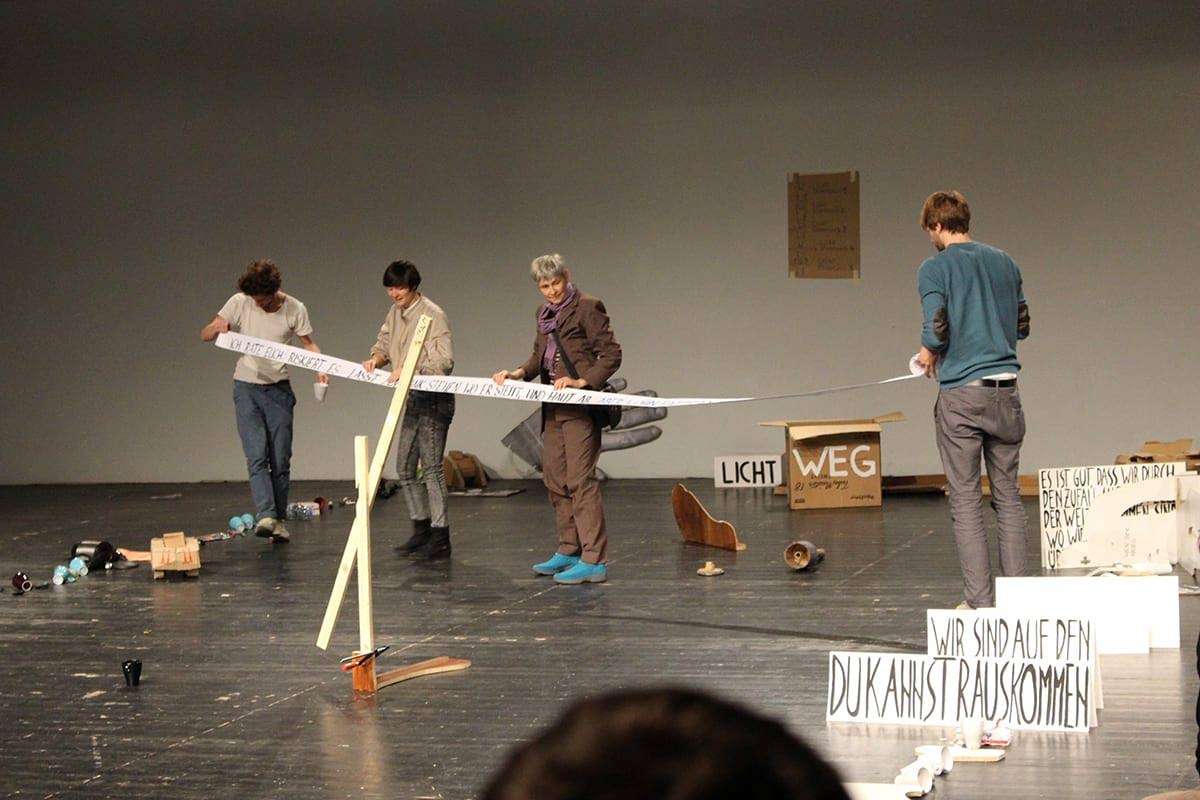 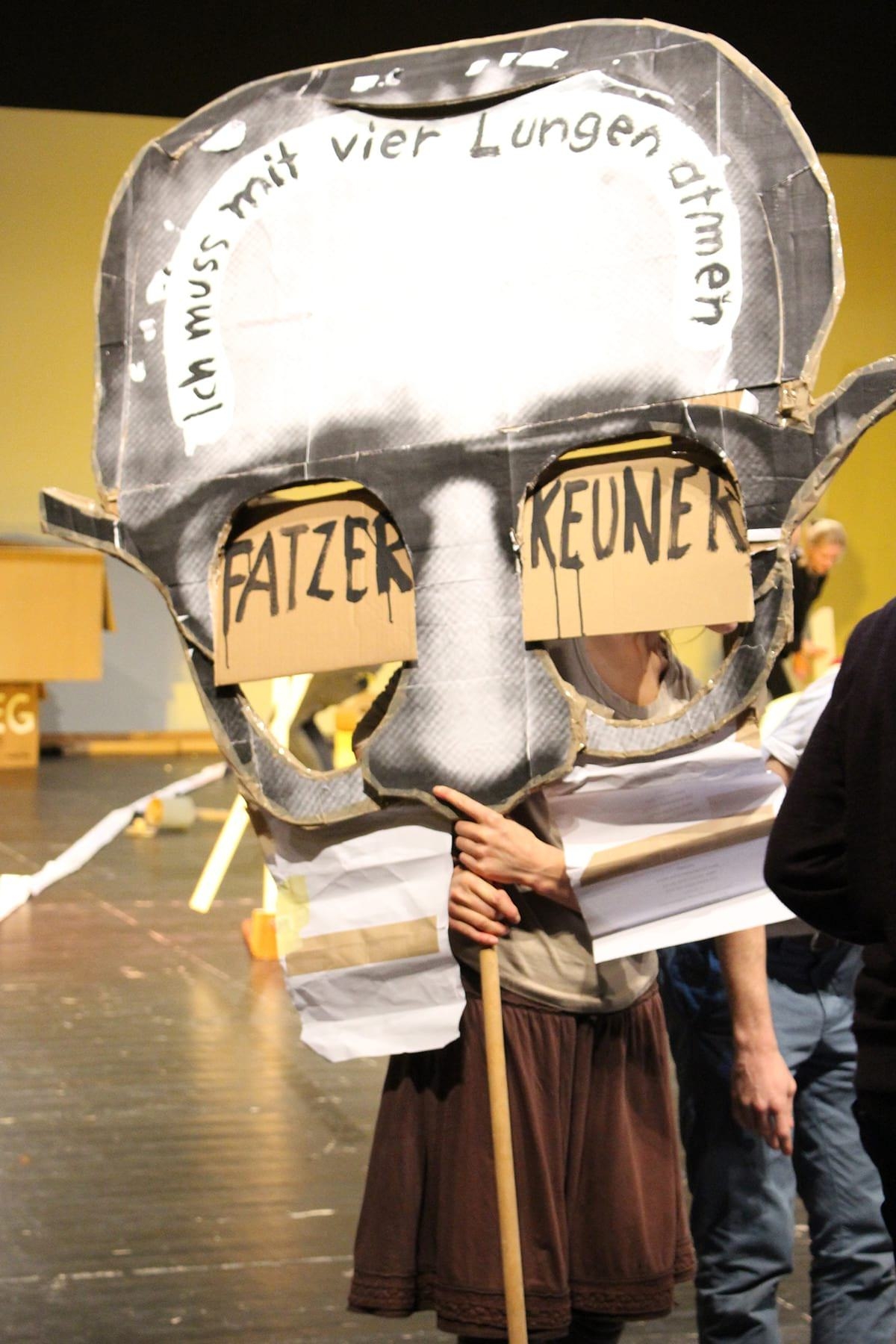 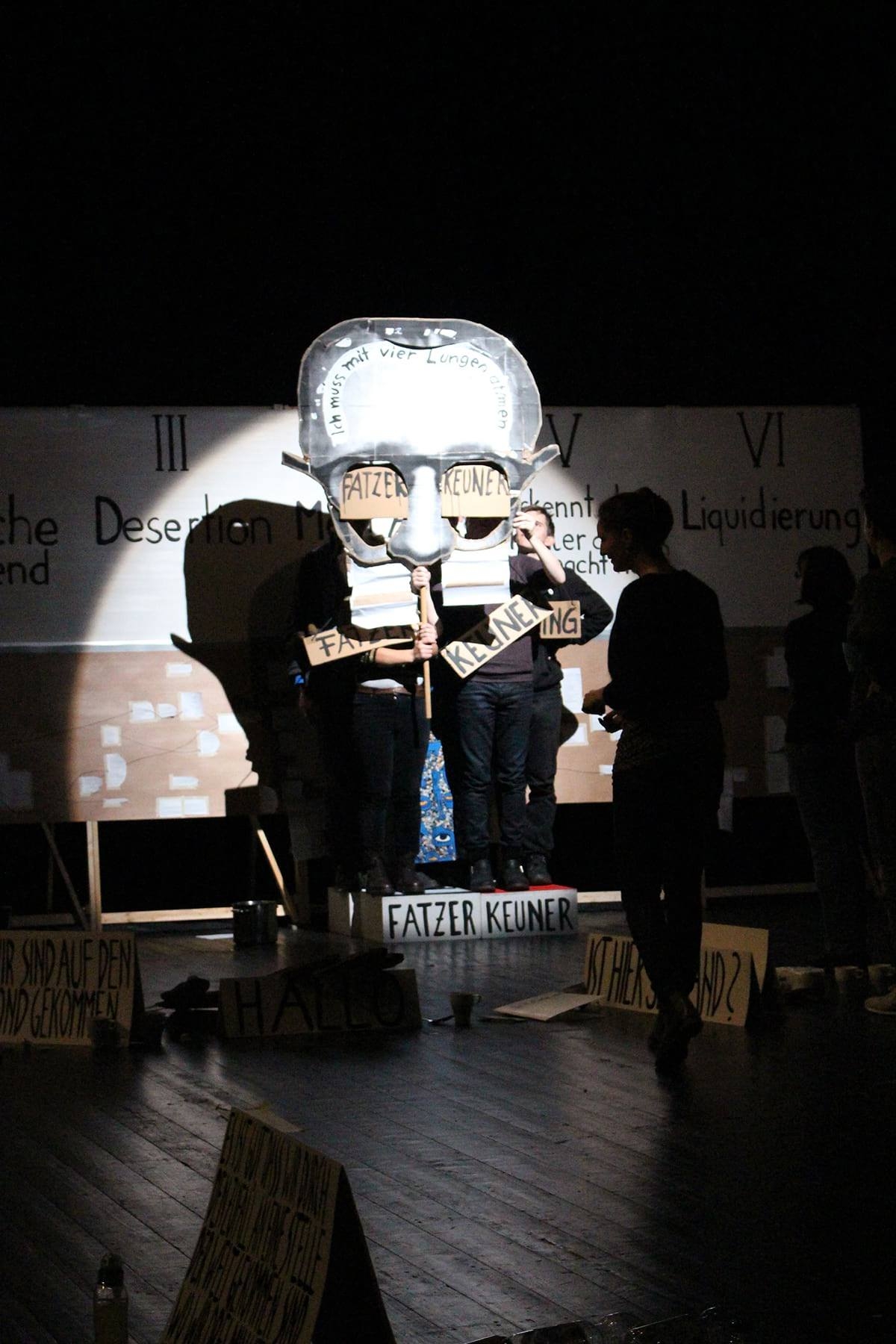 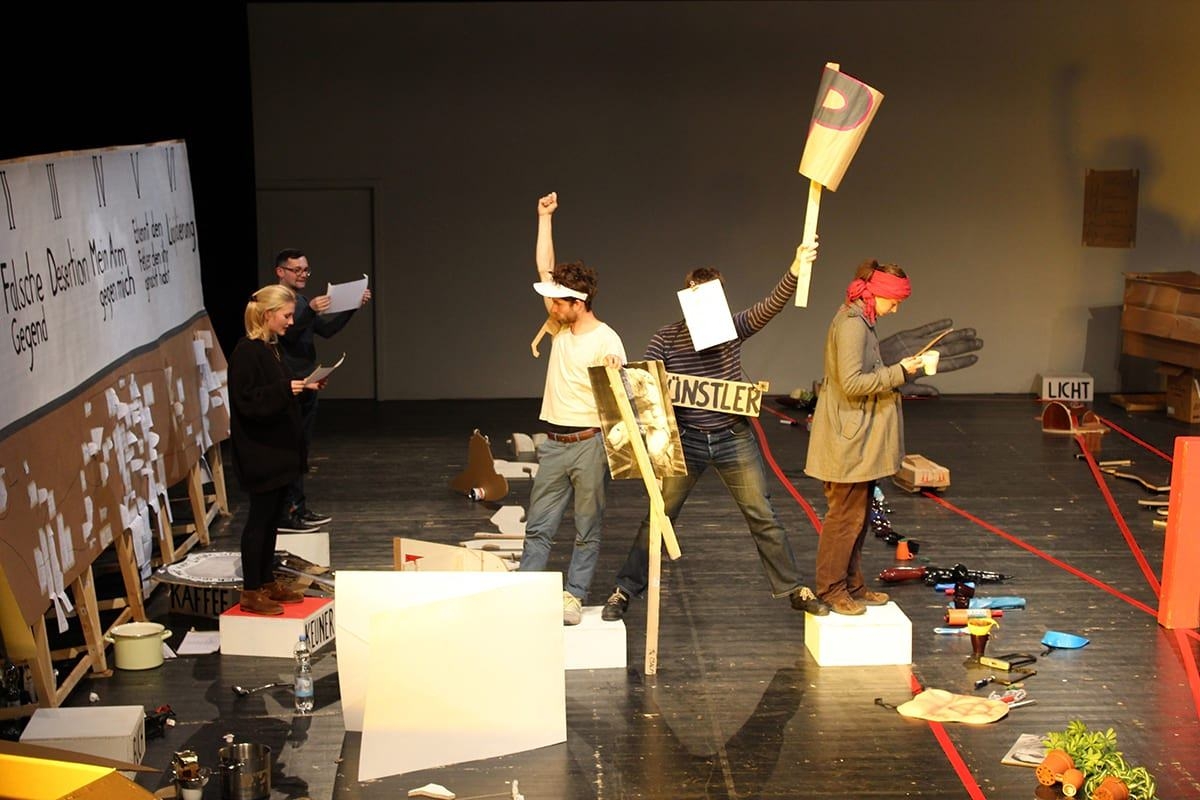 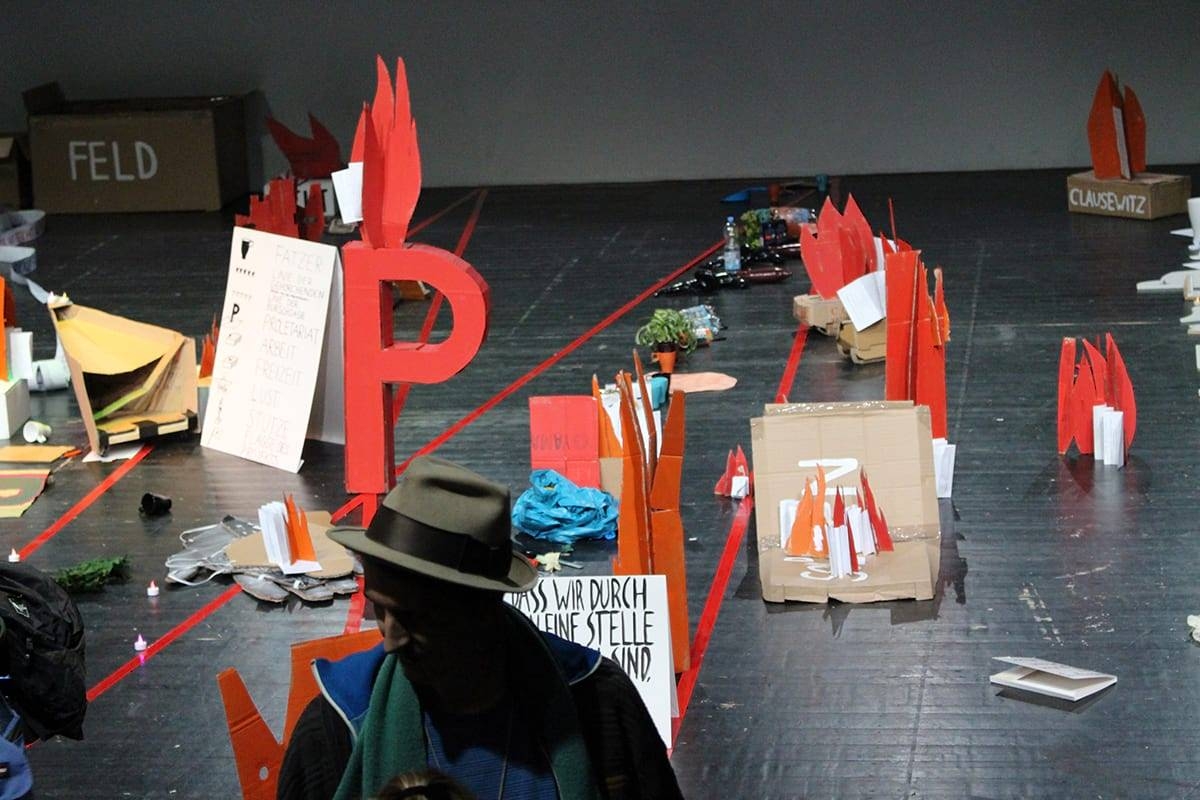